Marcelino Serna is one of the most decorated WWI vets in our nation's history.

Serna's feats of heroism, like taking on 50 Germans single-handed, should be legendary - but you've never heard of him, because he was an undocumented Mexican immigrant.

Denied the Medal of Honor while he was alive, it's past time Serna gets the recognition he deserves.

Marcelino Serna was born in 1896 in a mining camp in Chihuahua.

His family was very poor, so, at twenty, the young Chihuahuense immigrated to El Paso, Texas to make a better life for himself.

Speaking little English, Serna could only find low-paying, back-breaking work, first on the railroad, then as a seasonal farm laborer. Still, it was the most money he had ever made, more than he could ever make back home, so he kept at it. One day, after working in the fields, Serna was detained by law enforcement rounding up men for the draft. As an undocumented immigrant, Serna was facing deportation. Instead, he volunteered to enlist.

After training, Serna was sent overseas to France. When his command realized that he was an immigrant, they wanted to discharge him and send him home. Serna refused, choosing to stay and fight. 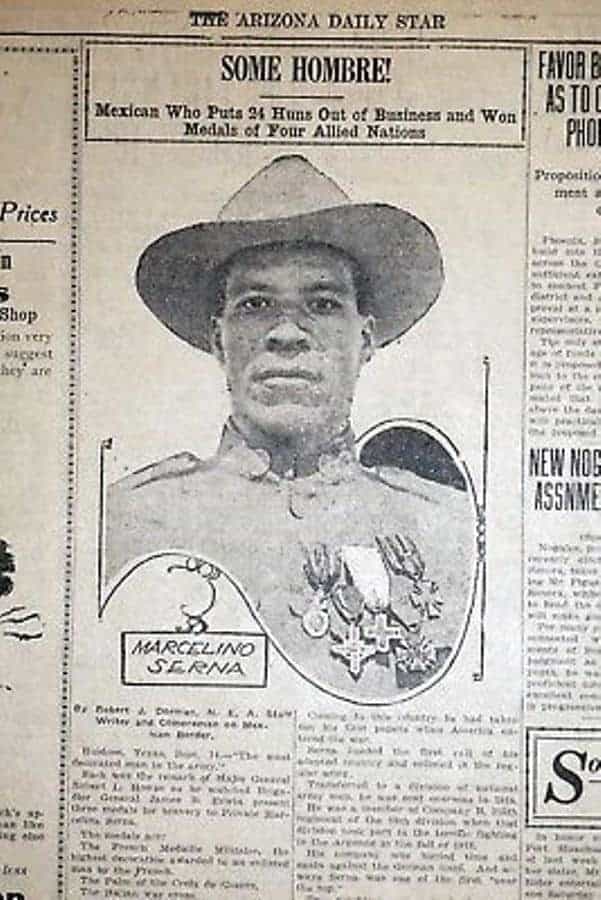 With his comrades in Company B of the 355th Infantry, Serna fought in the Meuse-Argonne Offensive, the largest offensive in U.S. military history.

As his unit advanced toward the Argonne forest in Northern France, they encountered a hidden machine gun nest that took out 12 of the company's soldiers in seconds.

With his unit pinned down and men wounded, Serna volunteered to scout ahead. Armed with just a few grenades and his rifle, Serna alternately crawled and rushed the machine gun nest, bullets bouncing off his helmet. Finally, when he was close enough, Serna lobbed four grenades into the nest, killing half the soldiers and taking the other half captive.

But, Serna was just getting warmed up.

We continue our World War I centennial commemoration with the story of Marcelino Serna, a Mexican-born immigrant to the El Paso area whose valiant wartime service recently received significant national recognition following passage of new legislation by U.S. Representative Will Hurd. Today is also the 99th anniversary of the Meuse-Argonne Offensive—a major effort in the final Allied push—in which Serna fought and received international medals for his acts of valor. To learn more about El Paso’s World War I history, visit the new exhibit at the UTEP Library, “Over Here, Over There: El Paso and El Pasoans During WWI:” https://www.texasworldwar1centennial.org/calander/exhibit-el-paso-el-pasoans-wwi/. This video was produced for our World War I: Texas and the Great War mobile tour. Download it to see more videos and to learn more about places in Texas related to the First World War: http://www.texashistoryapp.com. #HispanicHeritageMonth

On September 12, 1918, on the first day of the Battle of Saint-Mihiel, Serna tried to take out a German sniper. When he saw that the sniper was only wounded, Serna followed him - back to a trench packed with 50 German soldiers.

Serna jumped into action, tossing three grenades into the trench, then firing at the Germans from different positions to make them believe they were surrounded. Twenty-four soldiers surrendered; he had killed the other 26.

When he was escorting his captives back to friendly lines, a sergeant stopped Serna and ordered him to execute them. His response? "¡Cabrón! ¡No!"

His bravery and strength of character were undeniable.

Serna kept fighting until sniper fire to both legs took him out of commission, just four days before the war ended,

Serna was the first Mexican American to be awarded the Distinguished Service Cross, the U.S. Army's second highest award.

He also received numerous medals from other countries in recognition of his valor on the battlefield, including the French Croix de Guerre With Palm and the Italian Croce al Merito di Guerra, making Serna Texas' most decorated World War I vet, and one of the most decorated in the nation.

But Serna's commanding officer told him he would never receive the Medal of Honor. The officer said that the army's highest honor wasn't awarded to the army's lowest rank, and Serna would never be promoted past private because he was an immigrant who spoke broken English.

In fact, Serna's heroism would not have been recognized at all by the U.S. Army if it wasn't for the personal intervention of General John Joseph Pershing.

The injustice is glaring when you compare Serna to the United State's most famous World War I hero, then-corporal Alvin York.

York, whose war exploits were made into a movie, received the Medal of Honor for taking out a machine gunner's nest with just seven men, whereupon a company of soldiers surrendered to him. Serna became a naturalized citizen in 1924. He married and raised a family in El Paso, where he worked for decades as a plumber at the William Beaumont Army Medical Center. 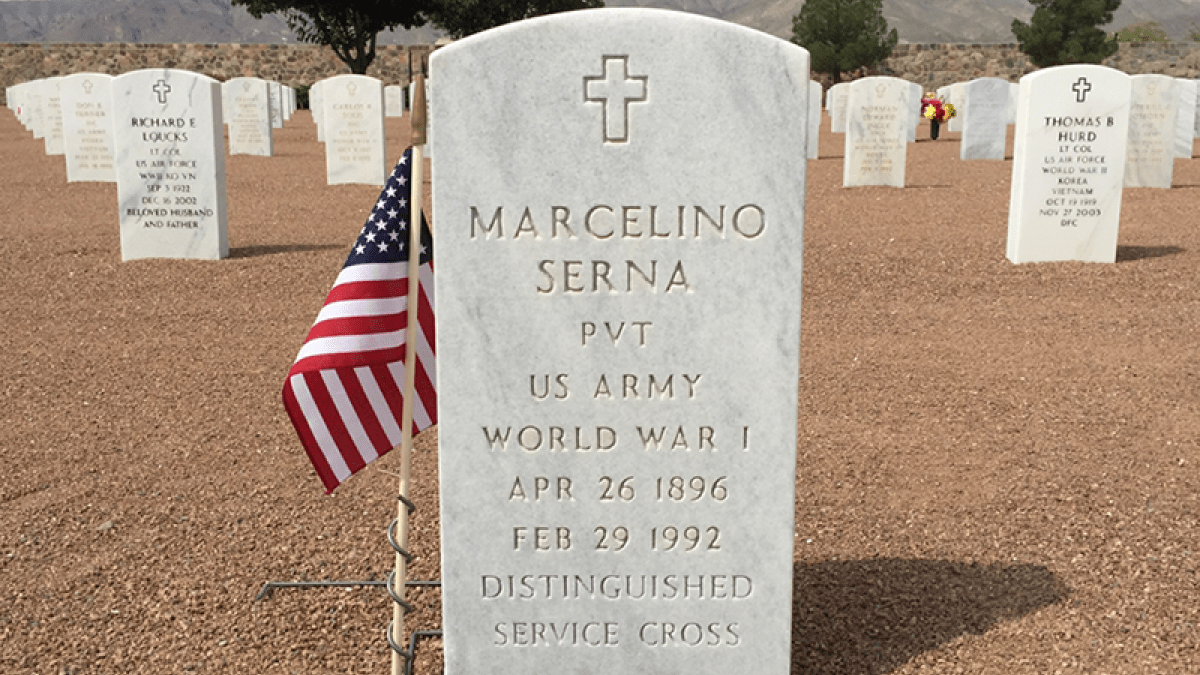 Legislation to have Serna post-humously awarded the Medal of Honor was introduced to Congress in 1995, but the bill died in committee.

“It clearly appears Private Marcelino Serna did not receive the Medal of Honor due to him being a Mexican American and an immigrant,” said Lawrence Romo, national commander of the American GI Forum, in a petition to the Army.

In their own letter supporting the petition, the Texas Mexican American Legislative Caucus wrote, “Private Serna served during a time of extreme prejudice, [that] cannot and must not erase his acts of immense bravery and devotion to the United States." 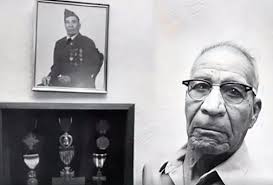 “He did it because he believed in democracy. And he did it in the face of insults. People should know about this man."