The Chicano Moratorium: The Day 30,000 Mexican Americans Took To The Streets And Made History

The Vietnam War was in full swing - and Chicanos were being drafted and killed at twice the rate of white soldiers. So Chicanos at home decided to do something about it.

The Chicano Moratorium rally in East LA was the height of the Chicano Movement, a powerful demonstration that ended in tragedy, but succeeded in changing the nation.

Today marks the 50th anniversary of the Chicano Moratorium rally of East Los Angeles, the day 30,000 Mexican Americans and their allies took to the streets to demand an end to the Vietnam War. It was the largest protest of its kind in the nation.

Chicanos experienced some of the highest rates of mortality during the Vietnam War. Mexican Americans were being drafted and killed at twice the rate of white soldiers, with casualties four times their proportion in the population. 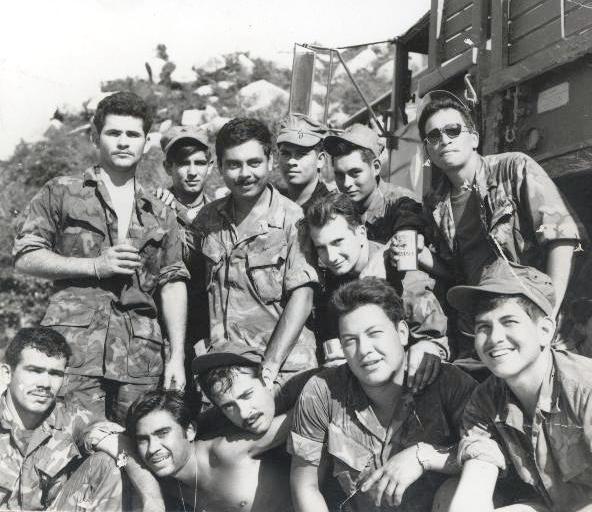 At the time, and still today, schools were pipelining Chicanos into menial jobs and the military, instead of providing college prep and a pathway to higher education.

So the Chicano Moratorium was born, a coalition of activists, college students, Brown Berets, and Mexican American groups. 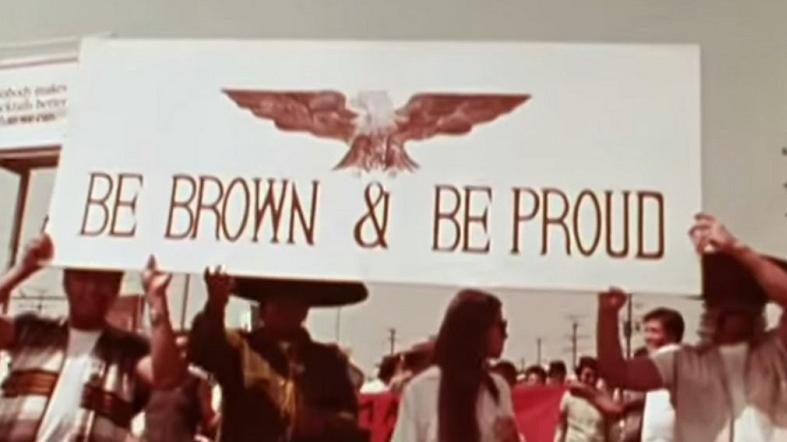 "Murdered in Vietnam, murdered at home! ¡Ya basta!"

The government was sending Chicanos off to die in a hopeless, unjust war tens of thousands of miles away. Meanwhile, the real fight was at home, where Mexican Americans were battling racism, police brutaliy, poor wages and working conditions, and unequal educational opportunities.

The leaders of the Chicano Moratorium had had enough. "Our struggle is not in Vietnam but in the movement for social justice at home." 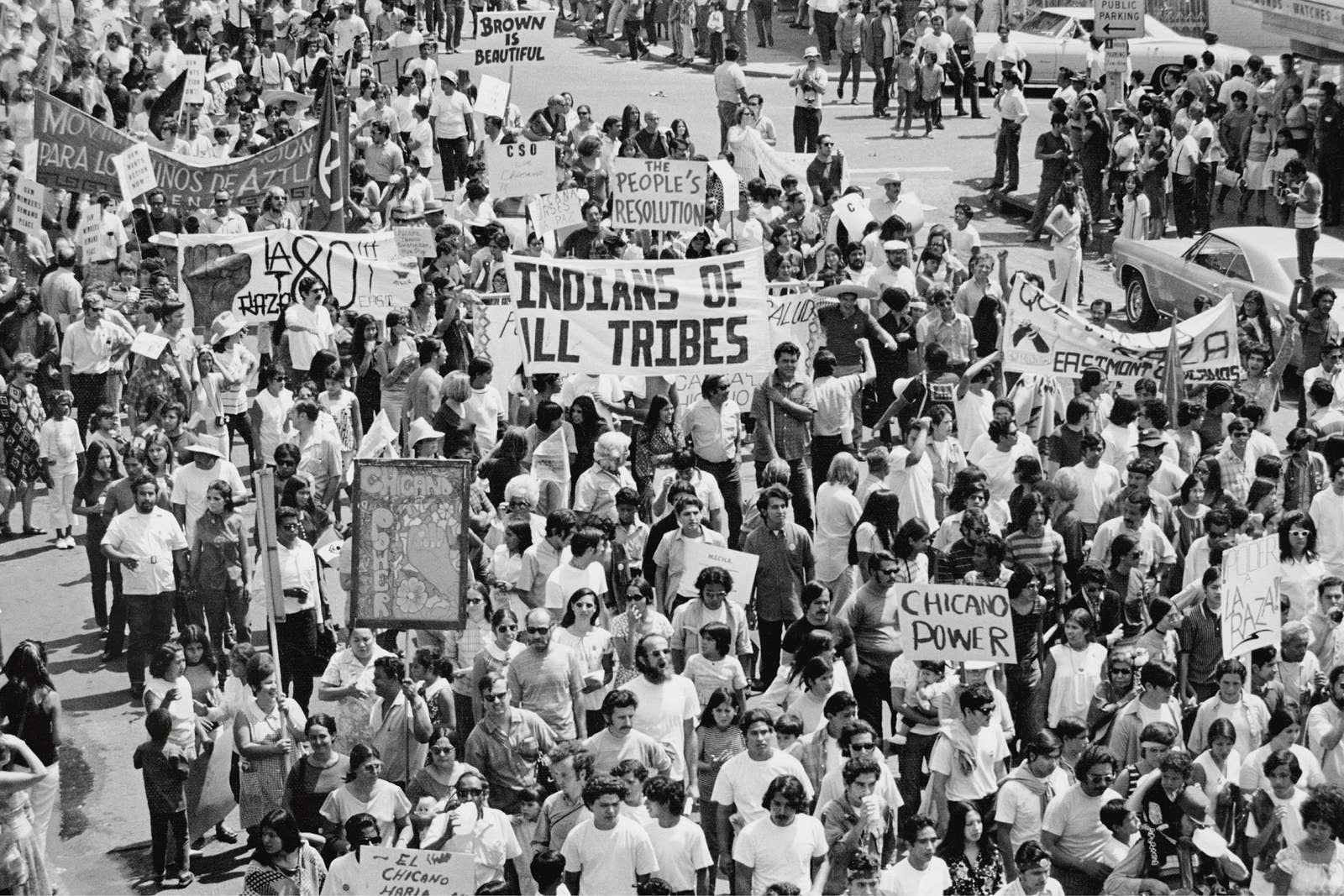 The Chicano Moratorium Committee staged peaceful, pro-Chicano, anti-war demonstrations throughout the Southwest, demanding an end to the Vietnam War and police brutality, as well as equal treatment and opportunities.

The largest and most famous of these rallies was held in East Los Angeles on August 29th, 1970.

It was also the deadliest.

On that sunny Saturday, a crowd of tens of thousands of Mexican, Black, and Central Americans of all ages paraded down Whittier Boulevard to a rally at Laguna Park. Brown Berets marched in formation alongside students, Aztec dancers, veterans groups, white-haired retirees, and families with kids riding on their shoulders.

It was the largest assembly of Mexican Americans in history. Not only was it a peaceful demonstration, it was a joyful one, with music, dancing, and empowering speeches.

As the speeches were underway in Laguna Park, police stormed the rally with tear gas, batons, and rifles.

Many were injured, beaten by police or in the crush as people ran screaming. Over two hundred were arrested. Four people were killed.

One of those killed was Ruben Salazar, a renowned journalist and Chicano rights activist who was investigating corruption and racism in the LAPD.

Ruben was sitting down to have a beer in a nearby bar when a sheriff's deputy shot a wall-piercing tear gas canister straight at his head.

“We were here first. And we’re just not going to melt.” pic.twitter.com/ovE2hLsWZi

Below is a documentary made by film student Tom Myrdahl, who was on the ground and captured the events as they unfolded.

Despite being met with resistance and hostility, the Chicano Moratorium and Chicano Movement succeeded in hastening the end of the Vietnam War and led to important educational reforms like the Equal Opportunity Act of 1974, as well as an end to the ban on speaking Spanish.

The Chicano Movement also led to the establishment of the first organization in the nation dedicated to protecting Latino rights, the Mexican American Legal Defense and Education Fund.

Before the Chicano Movement, racism and violence against Mexicans was accepted, and signs like "no Mexicans allowed" were commonplace.

Seems like history is beginning to repeat itself. Time to warrior up and finish the work our Brown Beret brothers and sisters started. 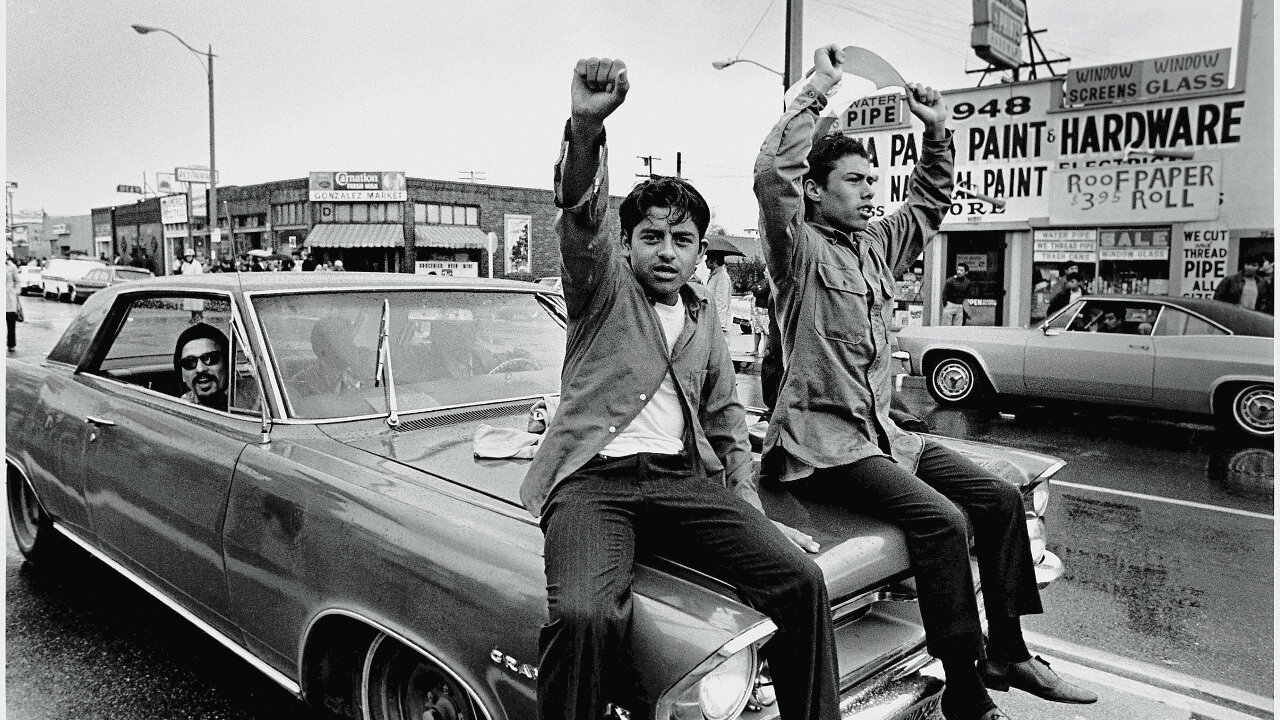