The 44-year-old Mexican American father of two announced his candidacy this morning, saying:

“When my grandmother got here almost a hundred years ago, I’m sure that she never could have imagined that just two generations later, one of her grandsons would be serving as a member of the United States Congress and the other would be standing with you here today to say these words: I am a candidate for president of the United States of America.”

Castro's grandmother was an orphan from northern Mexico who came to Texas when she was just six years old.  Her daughter, Castro's mother Maria "Rosie" Castro, was an activist who helped establish La Raza Unida, a Chicano political party that campaigned for better housing, work, and educational opportunities for Mexican-Americans. 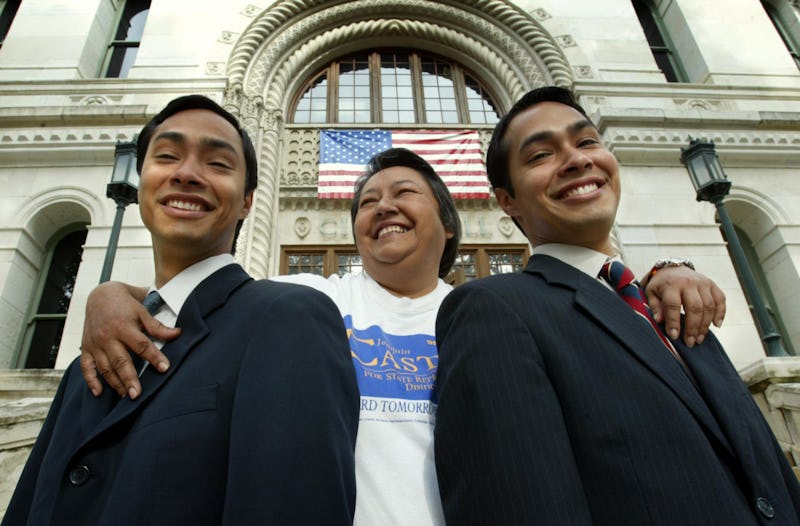 Both Rosie's sons, Castro and his twin Joaquin, a Congressman, followed in their mother's footsteps.

"My mother is probably the biggest reason that my brother and I are in public service."

When Julian was only 26 years old, he became the youngest member of the San Antonio City Council, and he hasn't stopped working for his community since.  Throughout his career, Castro has worked to secure civil rights, improve education, and make housing and health care affordable for all.

Asked by the New York Times how he will be able to hold his own among "better-known" candidates, Julian replied:

“In my whole life, I don’t think I’ve ever started out as the front-runner.