"The inquisitors forced him to listen as they tortured his friends, his sisters, and his mother in the cell next to his."

For hundreds of years, the secret diaries of Luis de Carvajal were kept in Mexico's National Archives.  But in 1932, they disappeared.  The diaries were missing for more than 80 years...until they were recently rediscovered.

Luis' secret diaries, miniature manuscripts with almost microscopic handwriting, reveal the details of his life and his final days, agonizing days at the hands of the Spanish Inquisition.

Luis came to Mexico with his extended family in the late 1500s when his uncle was appointed governor of the Nuevo Reino de León in northeastern México.

Although his uncle was Catholic, Luis and his family were Jews.  Persecuted in Spain, they escaped to the religious freedom and opportunity of the Americas. 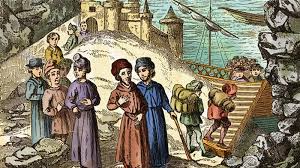 But soon, the Spanish Inquisition brought their campaign of terror to Mexico.

Although relatives encouraged Luis to convert Catholicism for his own safety, he stuck to his faith.  In 1589, he and his mother and sisters were outed as Jews and arrested.  His uncle was stripped of his governorship and died in prison.

But Luis would not give up his faith.  He continued practicing underground, becoming a leader in the secret Jewish community.

It was a matter of time before the inquisitors caught up with him. This time, they tortured him.

The medieval torture devices used by the Spanish Inquisition were brutal, designed by sadists to cause excruciating pain and slow, gruesome death.

They tortured Luis so badly that he gave up the names of 120 other secret Jews, including his mother and sisters.

The inquisitors forced him to listen as they tortured his friends, his sisters, and his mother in the cell next to his.  In his diaries, Luis writes of hearing his mother's screams as she was pulled on the rack.  He tried to commit suicide.

Ultimately, he and his family were burned alive in the public square, as an example to others.  He was 30 years old. Throughout his persecution and torture, Luis wrote prayers and poetry in his diaries, including El modo de resar, a guide to prayer for himself and fellow Jews in Mexico.

His memoirs are cherished by modern Mexican Jews because Luis kept his faith in the face of unimaginable suffering. The missing manuscripts recently resurfaced at an auction.  Baltazar Brito, the director of the National Library of Anthropology and History in Mexico, was one of the experts sent to examine the manuscripts, which were being called "replicas."

"When I got there, something told me they were originals, I knew it in my heart." 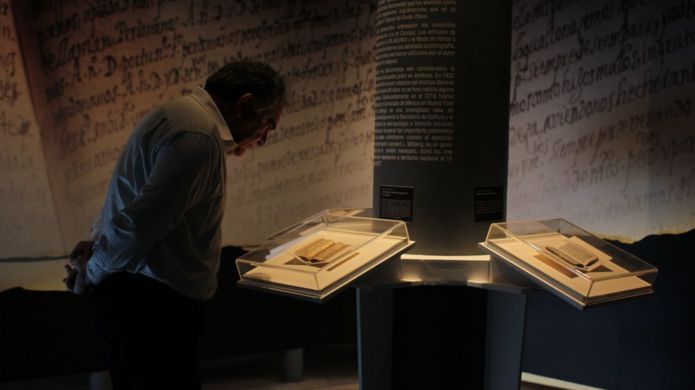 The memoirs, which are now kept in a special vault at the National Library of Anthropology and History in Mexico, are valuable cultural artifacts, not just for Mexicans or Mexican Jews, but for the world at large.  They tell a story of brutal religious intolerance that cannot be allowed to happen again.