"I literally don't care if this ruins my career. This isn't about that. My career isn't about that. I made a piece of art that stands for something I believe in. And I'm putting it out even at the risk of losing fans. I'll take integrity in my work over sales any day."

Demi Lovato has just released "Commander In Chief," an impassioned rebuke of President Trump, calling him out for his response to racial injustice and the CI9 crisis.

The song is almost a hymn, a powerful one, with gospel choir vibes and voices. The lyrics go like this:

Commander in Chief, honestly
If I did the things you do, I couldn't sleep
Seriously, do you even know the truth?
We're in a state of crisis, people are dying
While you line your pockets deep
Commander in Chief
How does it feel to still be able to breathe?

We were taught when we were young
If we fight for what's right, there won't be justice for just some
Won't give up, stand our ground
We'll be in the streets while you're bunkering down
Loud and proud, best believe
We'll still take a knee while you're…

Since the song's release yesterday, Demi has faced backlash from some fans who are "disappointed" in her choice to air her political views so publically.

"This song is going too far. I'm personally ashamed to be a Lovatic right now," one fan wrote in a comment that Demi shared to her stories. "I really hope this this doesn't ruin your career Demetria." 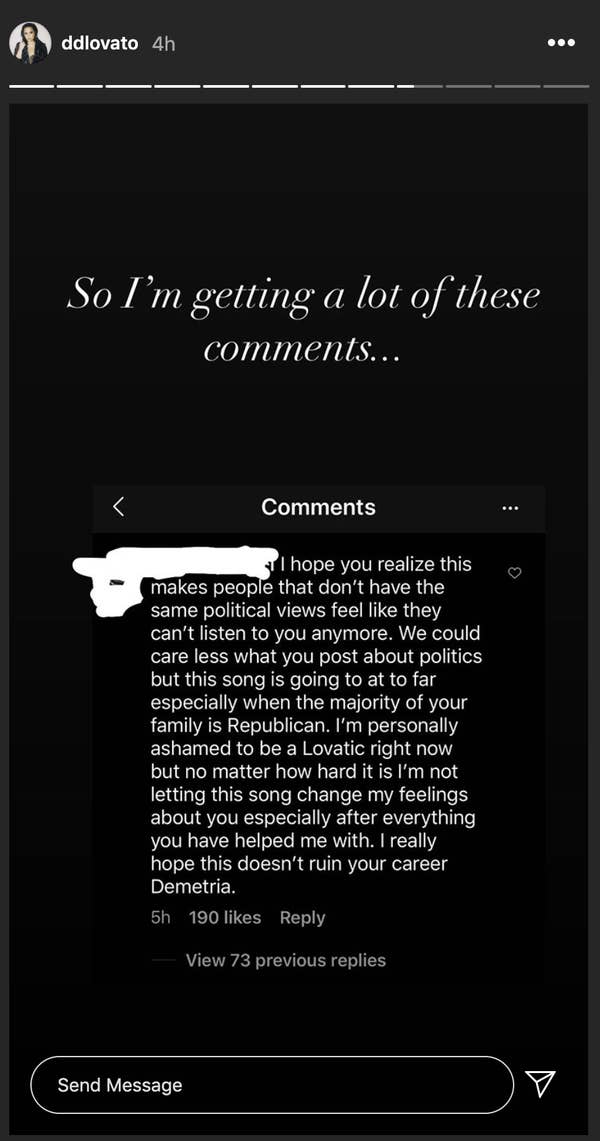 "You do understand as a celebrity, I have a right to political views as well? Or did you forget that we aren't just around to entertain people our entire lives.. that we are citizens of the same country and humans with opinions as well?" she wrote in a comment reply that she then shared to her stories.

"I literally don't care if this ruins my career. This isn't about that. My career isn't about that. I made a piece of art that stands for something I believe in. And I'm putting it out even at the risk of losing fans. I'll take integrity in my work over sales any day." 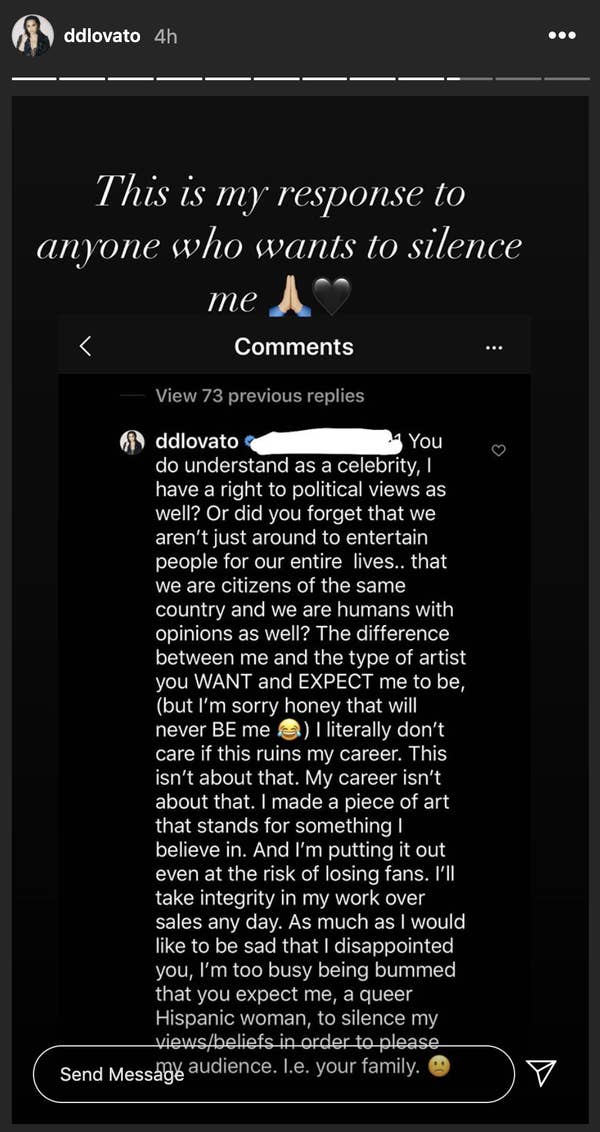 In her stories Demi also clarified that her song isn't about creating division, it's about "creating conversation."

"Music is art, art is expression meant to create conversation. We are headed into the most important election of our lives. This song isn't about division, this is about finding answers."

Demi hopes the song will encourage people to "debate, and talk about voting." And to vote. 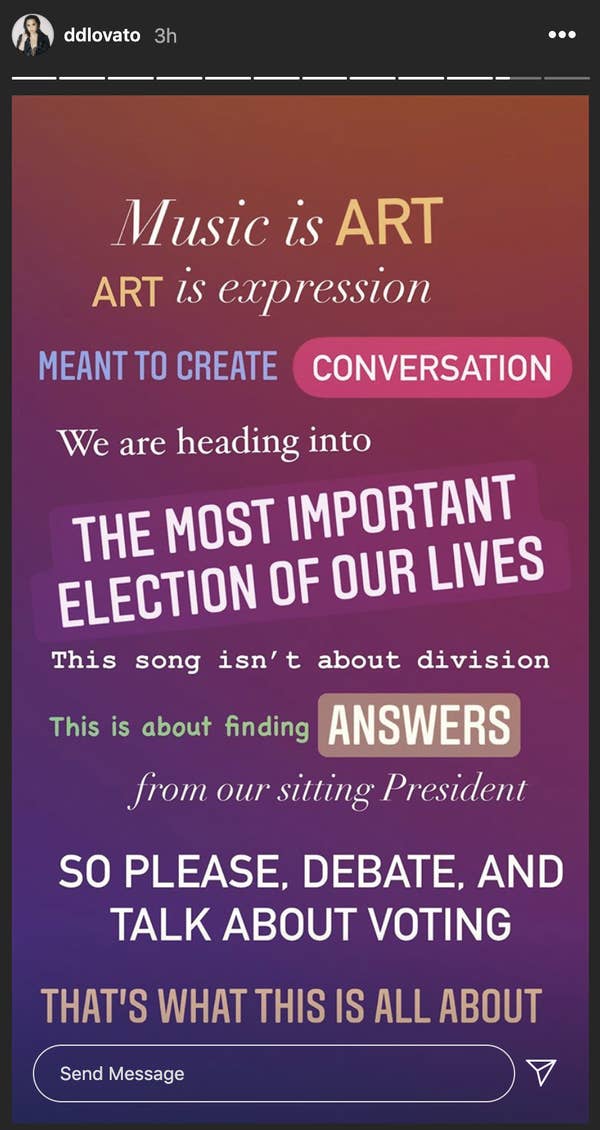 "We have to show up, we have to turn up and vote because it's so important that our voices are heard," Demi told CNN.

"Whether you're a Republican or a Democrat, just get out there and vote, so, at the end of the day, whatever happens, whoever wins, at least we can say...our country spoke."