When confronted by a concerned prospective customer, she insisted that it was a "vibrating rolling pin."

At first glance, the post seems pretty straightforward. "Fresh tortillas" it reads, under a picture of what looks like a disc of masa.

But, if you look closer, you'll notice that what appears to be a bright purple rolling pin off to one side has "Durex" printed at the bottom. 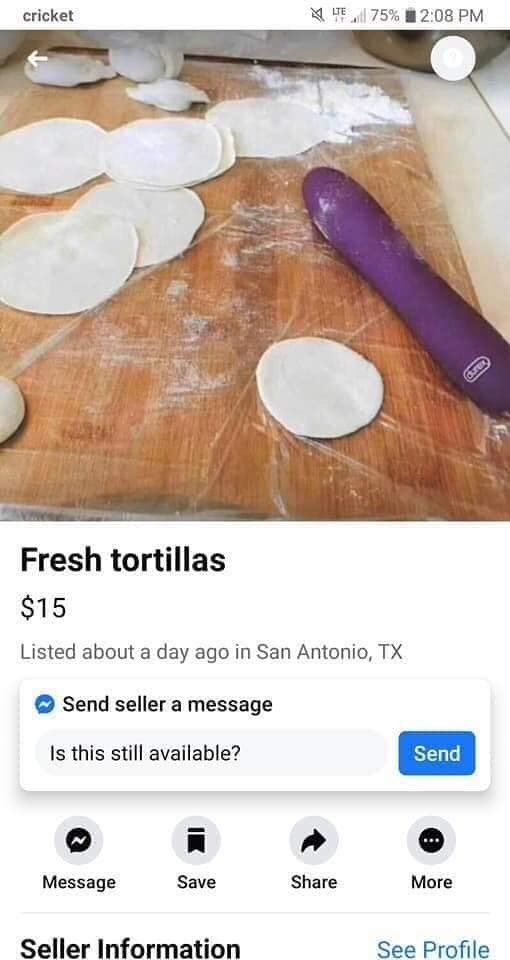 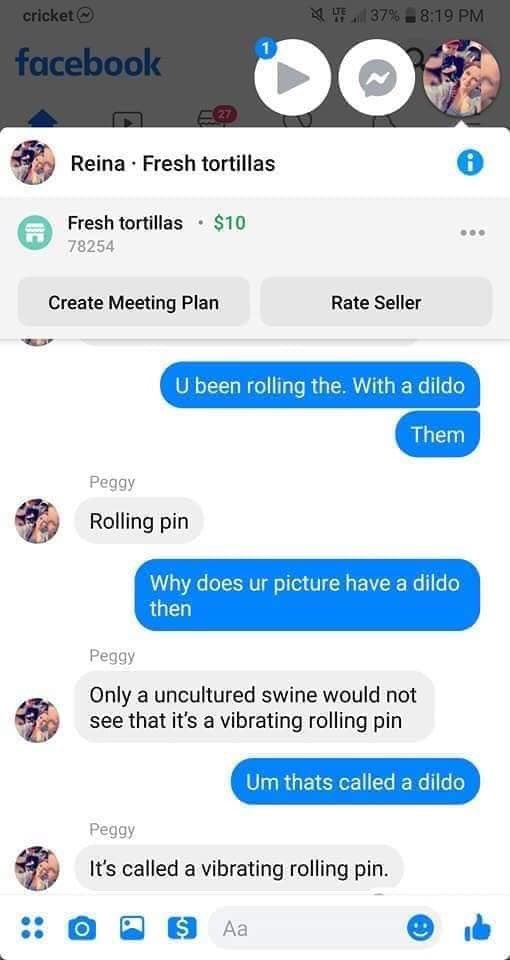 A screenshot of the post and exchange blew up on Twitter, prompting Durex to offer Peggy "a better Durex rolling pin" and "some extra goodies."

@jeepherpegger, you’ve been taking a lot of heat for making tortillas. We’d love to give you something special. DM us for a better Durex rolling pin…we’ll even throw in some extra goodies for you…#durex pic.twitter.com/jZQhLb0Y7m

Peggy claims it was all a joke, tweeting that, "finally my horrible sense of humor is recognized."

Maybe it was all just a joke - who would pay $15 for tortillas made by a gringa llamada Peggy?