"The Mexican Is Flying!" Shouts Commentator As Mexicana Pulls Ahead To Win Gold Medal

"The Mexican is absolutely flying!"

Paola Morán Errejon came out of nowhere to beat out favorite Leni Shida and win the gold for Mexico.

This isn't 22-year-old Paola Morán Errejon's first time at The Universiade, the World University Games, the most important international sporting event outside the Olympics.

In 2017, the tapatía sprinter from the Tecnológico de Monterrey finished 7th in the 400m race.  This year, Paola surprised everyone by pushing hard out of the gate and pulling away from the pack, snatching victory from declared favorite, Ugandan Leni Shida, and taking the podium in 1st place.

"The Mexican is absolutely flying!"

As Paola began to leave her competitors in the metaphorical dust, a stunned commentator blurted out, "The Mexican is absolutely flying!"

THE MEXICAN IS ABSOLUTELY FLYING pic.twitter.com/i4g5nyPbWv

Leni Shida gave Paola a literal run for her money, but "the Mexican" wasn't about to let go of her lead. 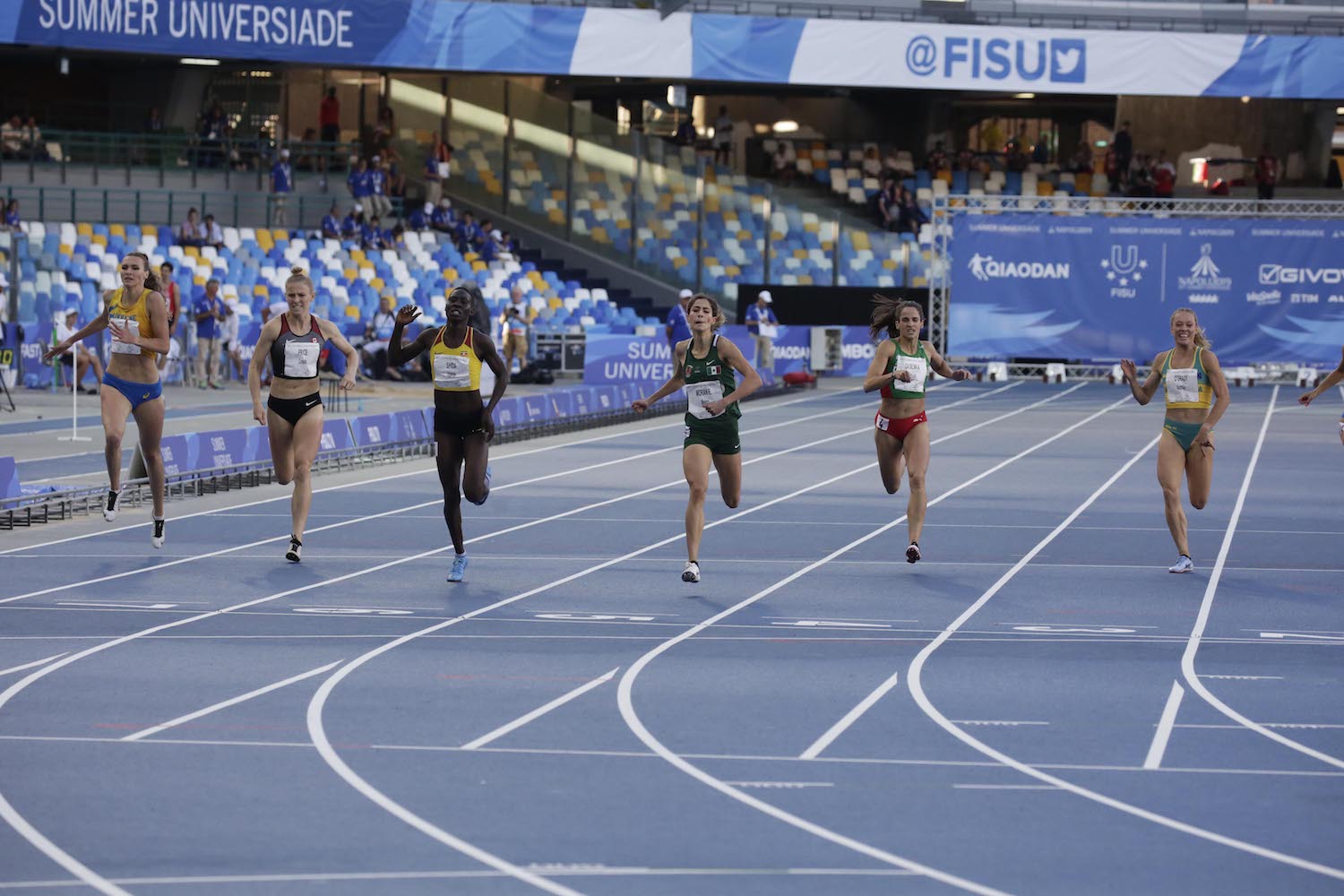 "Here comes Shida, it's right on the line. Is it going to be Shida? No, it's going to be the Mexican! What a victory!" the commentator shouted, as Paola crossed the finish line ahead of Shida and 6 other finalists from around the world.

Paola, who also won a silver medal for Mexico with her 400m relay team, said that the best part of her gold medal win was seeing the Mexican flag waving above the podium.

Next stop for Paola? Tokyo Olympics 2020.