A concerned 6-year-old and his family set up a lemonade stand to raise money for separated families at the border. They raised a whole lot more than they ever expected.

Shannon Cofrin Gaggero believes her 6-year-old son isn't too young to be aware of what's happening at the border.  The concerned mom talked to both her children, 3 and 6, about how families are being separated and children are being held in detention centers for months at a time.

Her son wanted to help. "How about a lemonade stand?" he suggested.

Young people will lead the way.

The family spent a week preparing to put up a physical stand outside their home, to raise money for RAICES, a Texas non-profit that offers free and low-cost legal services to immigrants.  Mom Shannon also went online and set up a virtual stand for those who didn't live near enough to visit in person.

Twenty other families joined the Gaggeros outside their home to help raise funds. They set their goal at $1,000.

By the end of the day, their physical and virtual stands together had raised over $13,000. Gaggero told Time that her son is "extremely happy with the result." 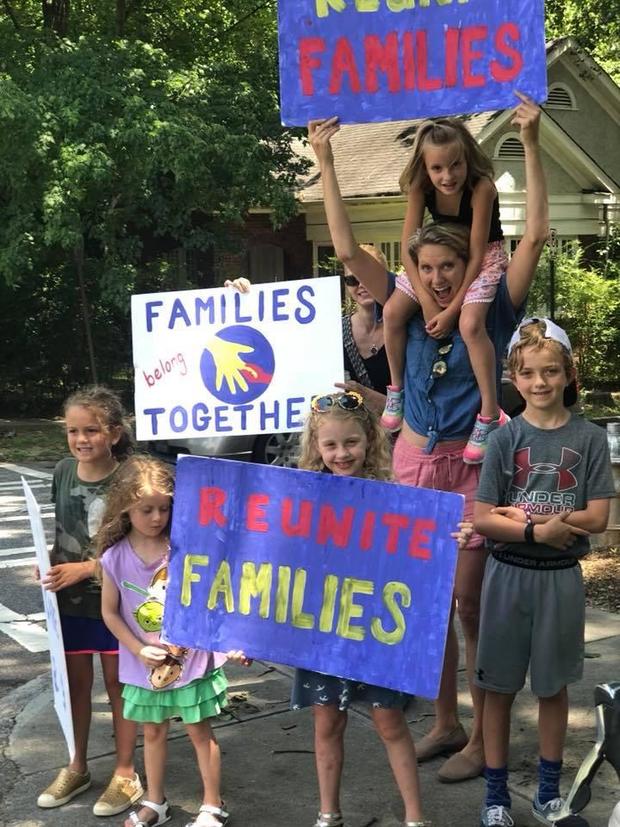 Thousands of children have been separated from their parents and are being in crowded shelters with inadequate food and water.

Although the courts mandate that children must be reunited with their families within 30 days, many have been detained for months, with no clear plan or timeline for reunification.

If you have kids who would like to put up their own lemonade stand (or maybe a fruta picada or elote stand?) check out StandForKids.net.

"Make a stand, take a stand," reads the website, which helps raise money for a coalition of organizations that help protect kids separated from their families.

"Children don’t belong in cages. Families belong together. Indefinite detention is not an option. Our voices are being heard but we can’t rest until families are reunited and babies aren’t behind bars."

You can click HERE to donate to RAICES directly.

And click HERE or text RESIST to 50409 to text your representatives using Resistbot.