"If he dies, he dies," commented one member on a post about a teen migrant who died in custody. "Oh well," posted another.

"It confirms some of the worst criticisms of Customs and Border Protection.  These are clearly agents who are desensitized to the point of being dangerous to migrants and their co-workers ... [they] don’t deserve to wear any uniform representing the United States of America."

Screenshotted posts show group members joking about migrant deaths and throwing "burritos" at Latina members of Congress, calling them hoes, bitches, and scum buckets, reports ProPublica. Even the group's name, "I'm 10-15," is a flippant reference to Border Patrol code for "aliens in custody."

In response to a posted news story about a 16-year-old Guatemalan migrant who died in custody, one member commented a GIF of Elmo that read "Oh well," while a second member commented an image with the text "If he dies, he dies."

One member referred to a migrant child as "it." "At least it's already in a trash bag," the member commented, in response to an article about a father trying to cross the river with his child. 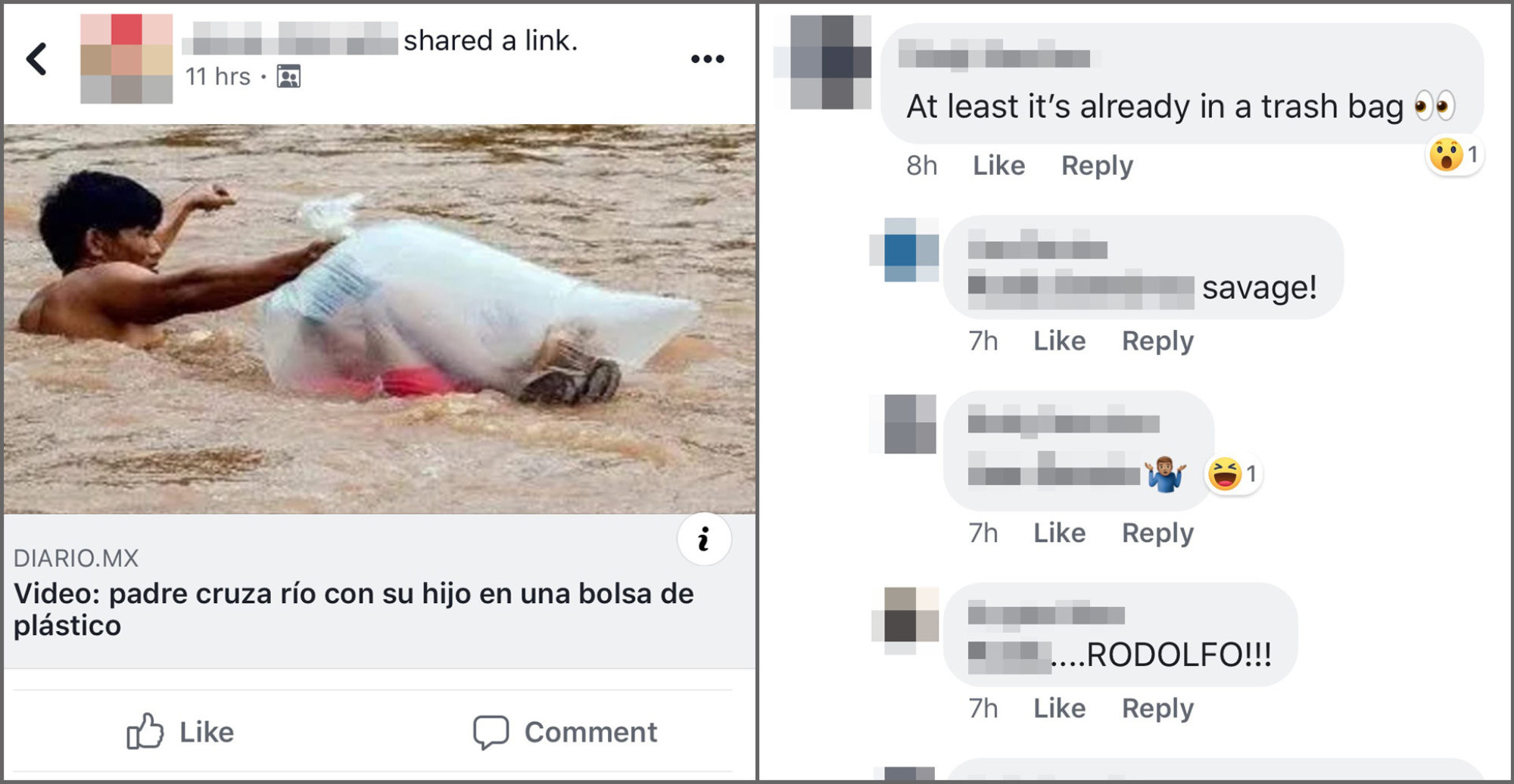 Another called a father and his 23-month-old daughter who drowned trying to cross the Rio Grande "floaters," and speculated that the photo of them being circulated is a fake.  ProPublica was able to link these members to legitimate Facebook profiles belonging to Border Patrol agents, including a supervisor out of El Paso. 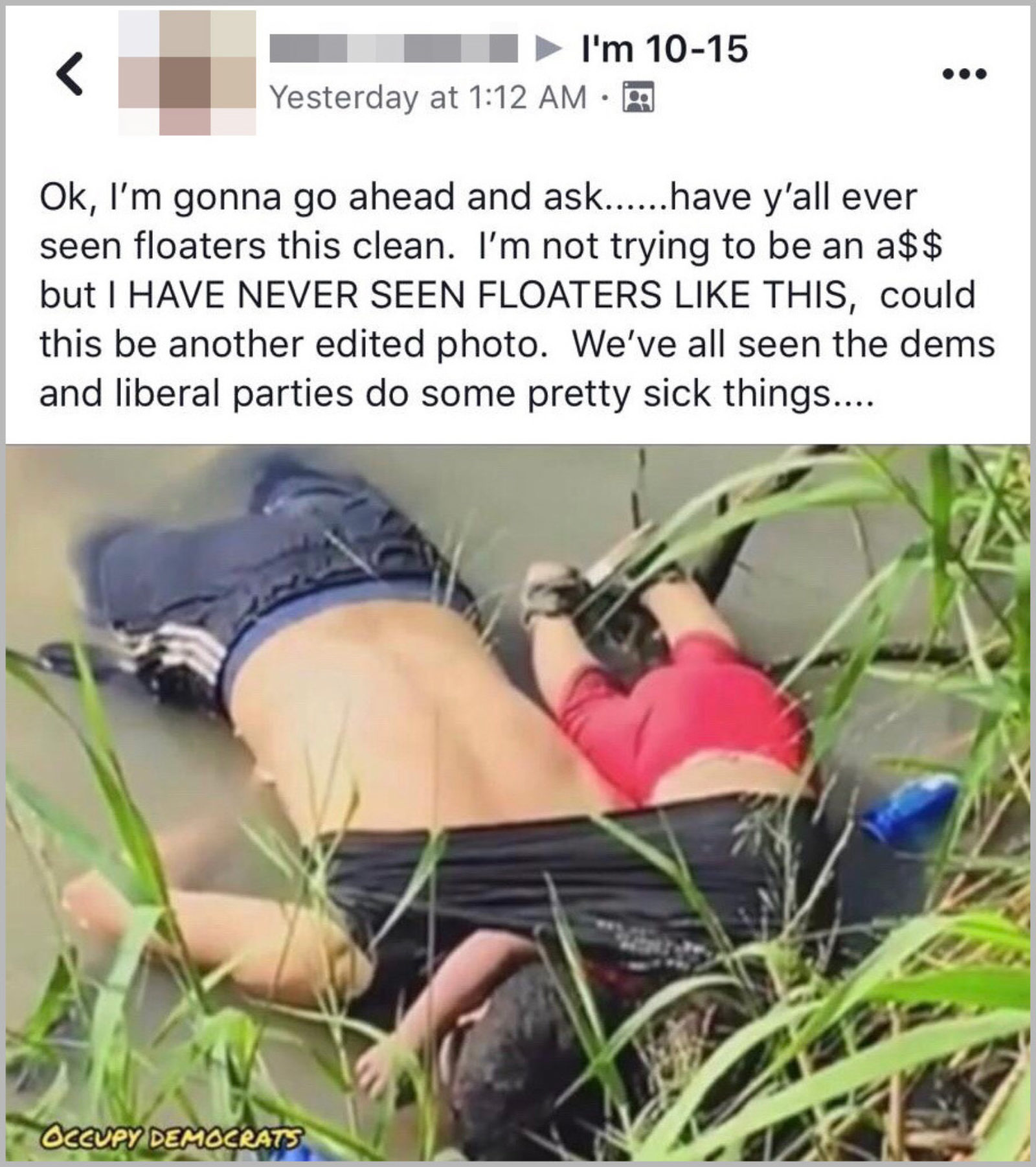 The group boasts 9,500 members. "This isn't just a few rogue agents or 'bad apples,'" says Daniel Martinez, a sociologist at the University of Arizona in Tucson who studies the border. "[It] seems to be a pervasive culture of cruelty aimed at immigrants within CBP."

Last year, federal investigators uncovered a thread of disturbing, racist text messages between Border Patrol agents in Arizona in which the agents called migrants "guats," "wild ass shitbags," "beaners," and "subhuman," and talked about burning them up. The texts were discovered after searching the phone of BP agent Matthew Bowen, who was charged with running down a migrant in his pickup truck.

After reading the Facebook posts, Joaquin Castro, head of the Congressional Hispanic Caucus, commented to ProPublica:

"It confirms some of the worst criticisms of Customs and Border Protection.  These are clearly agents who are desensitized to the point of being dangerous to migrants and their co-workers ... [they] don’t deserve to wear any uniform representing the United States of America."

Go to https://resist.bot/ to text your representatives - local, congress, even the president, or text RESIST to 50409.