"This is a day that glorifies what America is to the world. A place of refuge, a place of safety, a place of opportunity."

The House of Representatives is pushing back on the current administration's many attempts to shut down DACA and revoke TPS (Temporary Protected Status).

House Democrats were joined by 7 Republicans to pass the DREAM and Promise Act of 2019 by a vote of 237 to 187. The new legislation is "an ambitious expansion" of the DREAM Act that would "place millions of young undocumented immigrants and immigrants with temporary status on a pathway to U.S. citizenship," reports CBS. 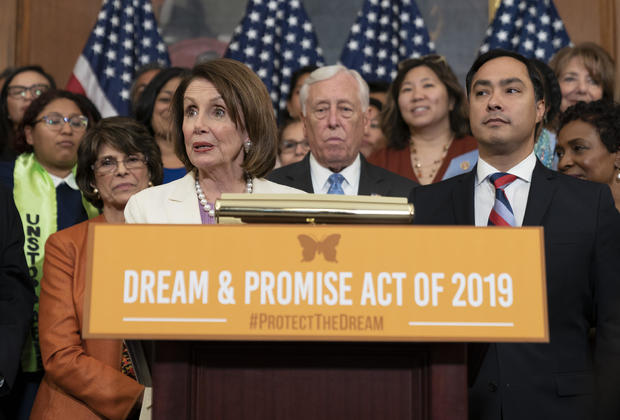 "This is a day that glorifies what America is to the world. A place of refuge, a place of safety, a place of opportunity."

Hoyer was referencing a speech by Ronald Reagan, in which he declared that immigrants make the  U.S. a "better nation."

The new bill stipulates that immigrants must either earn a college degree, complete a two-year higher education degree program or technical school, have served honorably in the military, or have been employed in the U.S. for more than three years, with no felony convictions and no more than one misdemeanor, in order to qualify for a pathway to citizenship.

Although the Republican-held Senate is unlikely to even consider the new act and the White House has threatened to veto it, Hoyer promised: "We'll keep on keeping on until it is the law of the land."