Selene's employer told her she'd be fine to work a flight to Mexico. They were wrong.

"A dream job has turned into a nightmare" for 28-year-old DREAMer and flight attendant Selene Saavedra Roman, reports The Points Guy.

Selene, a Texas A&M grad who was raised in Dallas, had been working as a flight attendant for just under a month when her employer, Mesa Air, assigned her to work a flight to Mexico.

Selene had requested only regional flights because she was in the process of attaining her citizenship and feared that international flights would jeopardize her DACA-status.

Mesa assured her that working the turnaround flight to Mexico was fine because she was protected by DACA and wouldn't even have to get off the plane.  Afraid of losing her new job, Selene took the assignment.  But Mesa was wrong.

Selene Saavedra Roman is a DREAMer with approved status, no criminal history, and simply doing her job as a certified U.S. Flight Attendant. But she was detained by ICE and has been held for over a month with no end in sight. #FreeSelene
Sign the petition: https://t.co/SDwVnbBAnv pic.twitter.com/D4oqiOmaFF

On her way back into the U.S., Selene was detained and arrested by immigration officials at Houston's George Bush Intercontinental Airport.

Selene was imprisoned in a detention facility for 2 months and is currently facing deportation to Peru, a country she left when she was 2 years old. 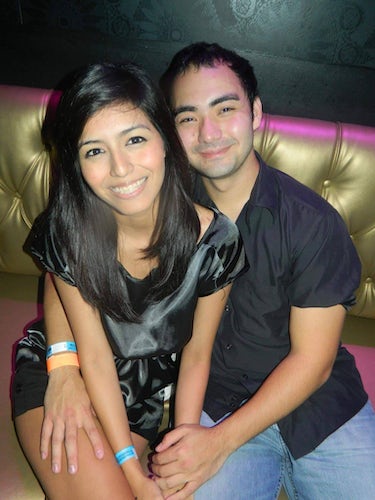 During Selene's internment, her husband, David Watkins, said in an interview:

“She spent Valentine’s Day in prison.  They’re only allowed outside once a week, like in a concrete courtyard where I guess they can look at the sky, and maybe they have grass.  I can visit her for an hour once a week, but I can’t bring her books or photos, and it’s through two inches of glass.  I mean, yeah, it’s a prison.”

Selene is an exemplary DREAMer: a college grad with no criminal history.  She has a social security number, pays taxes, and is married to a U.S. citizen.

“It really boggles my mind why the government would want to seek to continue to detain someone with no criminal history who was a graduate of Texas A&M and who was approved and on her way to citizenship but was held for what was obviously a mistake.”

Thanks to the efforts of the Association of Flight Attendants, Mesa Air, and many others who spoke up and called attention to the case, Selene has been released - but she is still facing deportation.

BREAKING: Solidarity wins! I just spoke to Selene's attorney, her husband is on his way to pick her up and @afa_cwa is heading there to provide support. She's been released thanks to everyone who raised their voice. More to come as we learn the details. THANK YOU! #FreeSelene

ICE is pushing to revoke Selene's DACA-status.  Without its protection, she will be deported.  Her hearing is scheduled for April 4th.

Sign THE PETITION HERE to have all charges against Selene dropped.