Yes, they wrestled - and beat - boys to get to the podium.

Senior Jasslyn Gallegos and junior Angel Rios became the first girls in the state's wrestling history to place in a tournament.

According to the Denver Post, both Jasslyn and Angel have been wrestling since childhood. Rios has four brothers, so, "Wrestling boys is normal to me; it's what I've done for the last 15 years."

“She’s worked all her life for this, she’s put in the hours. I knew going into this sport that it was going to be tough for her. But we knew what she was going into.” 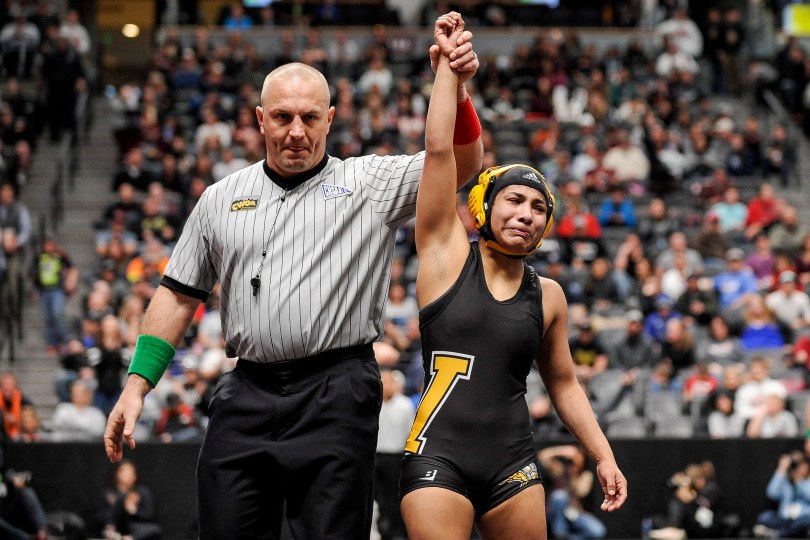 “Some of the refs, they felt bad for the boys," explained Jasslyn's dad Orlando.

“Now they kind of realize they can’t feel bad for the guys, because the girls work just as hard, if not harder."

Soon, there might be a wrestling program specifically for girls, but it won't be because they can't hold their own against the boys.  If anything, it may be for the boys' sake.