"The state has become a cemetery, that's the terrible and sad reality.”

Over 100 ID cards and 200 items of clothing were also found.  The remains are believed to be about 2 years old. 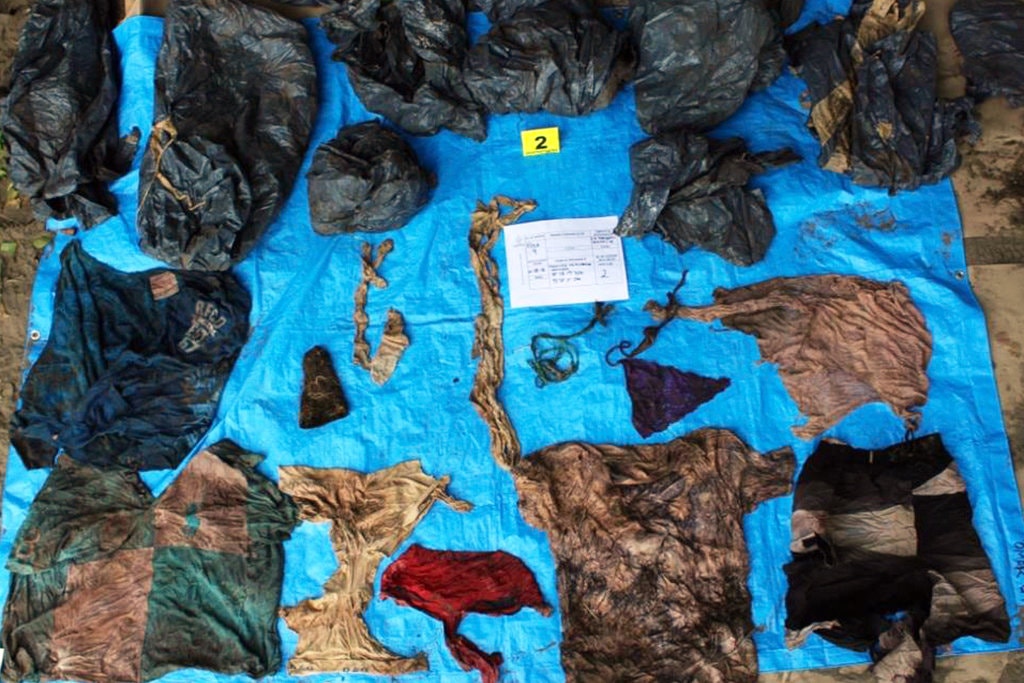 Killings and mass graves are know to be the work of cartels.  Throughout Mexico more than 40,000 people are missing and 30,000 known to have been killed just last year.  DNA samples and ID cards will be used to help identify the remains and give the families of the missing some closure.

Just last year, Veracuz authorities announced that 250 skulls had been unearthed in another mass grave.  Mass graves have been discovered in over half of Veracruz' 212 municipalities.

State prosecutor Jorge Winckler told Televisa, “Once we have opened all the mass graves in the state, it could become the biggest mass grave in Mexico, or even the world."

In some cases, the mothers of the missing themselves hired diggers to unearth the bodies.

"The state has become a cemetery, that's the terrible and sad reality,” he told the Wall Street Journal

“Government officials collaborated with drug gangs to illegally arrest people of a rival group, torture them and then killed them and disappeared the bodies.”

He was referring to Veracruz' former governor Javier Duarte, who is currently imprisoned and awaiting trial for embezzlment, and former police chief Arturo Bermudez, who is accused of disappearing people in cooperation with cartels.